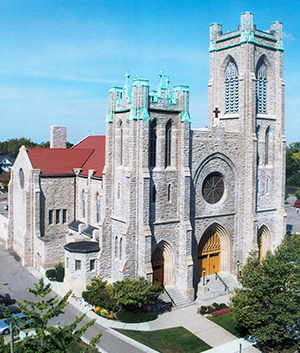 The Catholic Diocese of Lansing is made up of nearly 200,000 people who have many gifts and talents and experiences to share. What is possible if we unwrapped all those gifts? What could we achieve together that no individual person or parish could accomplish alone? All in praise and glory of Him!

The Catholic Diocese of Lansing is moving forward on a historic journey to raise $65 million in its first-ever comprehensive diocesan-wide campaign titled Witness to Hope. Based on the vision of Bishop Boyea’s pastoral letter Go Announce the Gospel of Jesus Christ, this campaign will advance the ability of our parishes, as well as our diocese, to fulfill the shared mission given to us by Jesus for years to come.

History of the Diocese